19 replies to this topic

8-pack recorded at Devotion ‘Back Again By Public Demand’ on 5th July 1997 at The Astoria Complex, Cardiff. 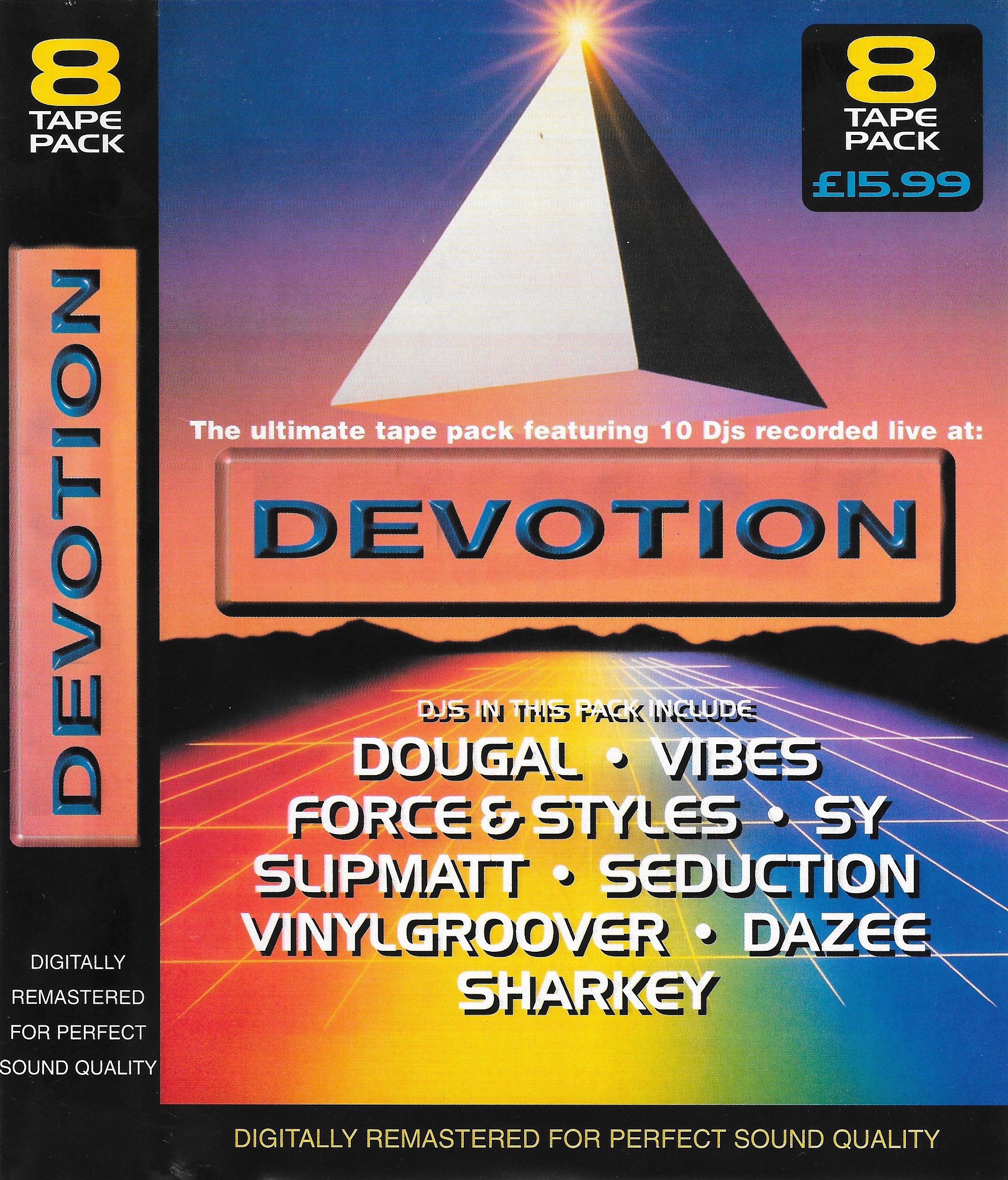 note - the Sy set on this tape has some duplicate tracks from the other Sy tape so I'm not sure whether he covered for part of someone else's set.

I checked that and it's not the one unfortunately. There's a reference in the Outer Limits sample sources to a track by DJ Markee called Control (Rmx) on Ruffneck Ting. That would fit with Dazee playing it (Ruffneck Ting connection) but I can't find any other info on that track, and it doesn't appear to have been released.

Nice one. Tracklists updated. According to discogs, that version of the Marusha track never saw the light of day on vinyl so I've listed it as unreleased.

(only guesses as I've not got this set)

The Racketeers track is the correct ID.
I'm assuming that the Markee ID is correct too - it makes sense for a number of reasons.

A2) Mastervibe - This Is A Journey [Hardcore Mafia]

Does anyone have this pack to download/sell? Ty.